In February of 2017, my design team was called into an undisclosed meeting with the VP of Marketing. Having gone through a layoff that started off in the same way about 3 years earlier, I was not looking forward to this meeting.

The meeting begins and the first thing out of our Marketing VP’s mouth is, “don’t worry, none of you are losing your jobs.” What a relief it was to hear him say those words. What I failed to realize was that this was just the beginning of a two month, non-stop push for a brand new company website and email campaign to to let everyone know about the big news.

My role: Work alongside our B2B design manager to redesign and build a new Precoa.com in conjunction with an announcement email campaign geared towards prospective partners in medium-sized funeral homes. 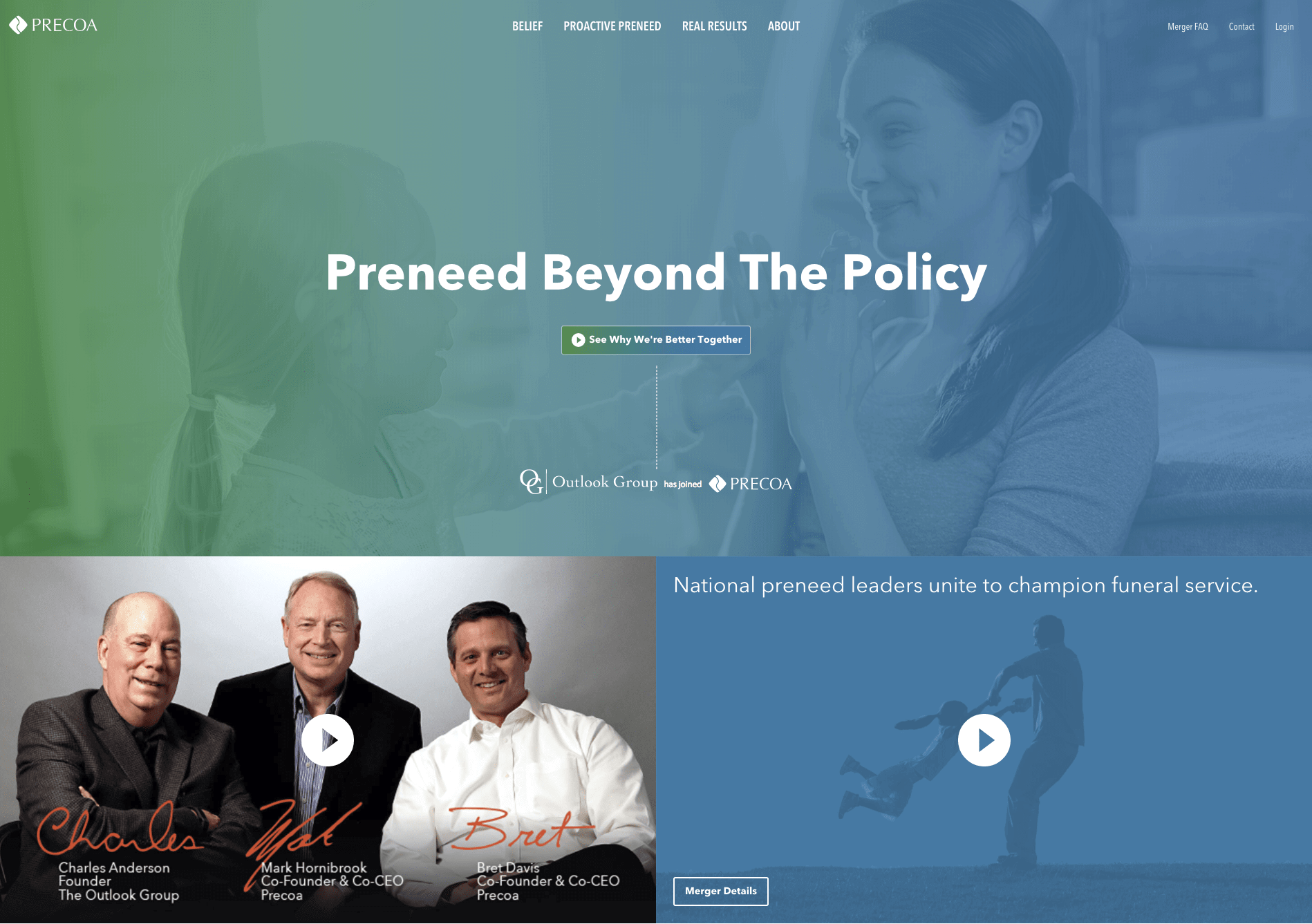 Work quickly took off after our initial scope meeting and I began to iterate on wireframes and mockups with our design manager. I was in charge of the ‘REAL RESULTS’ (case studies page) and its sub article pages, plus the ‘ABOUT’ page layout.

We worked late most nights and would even meet up on weekends, at a coffee shop downtown, to iterate off each other’s designs. 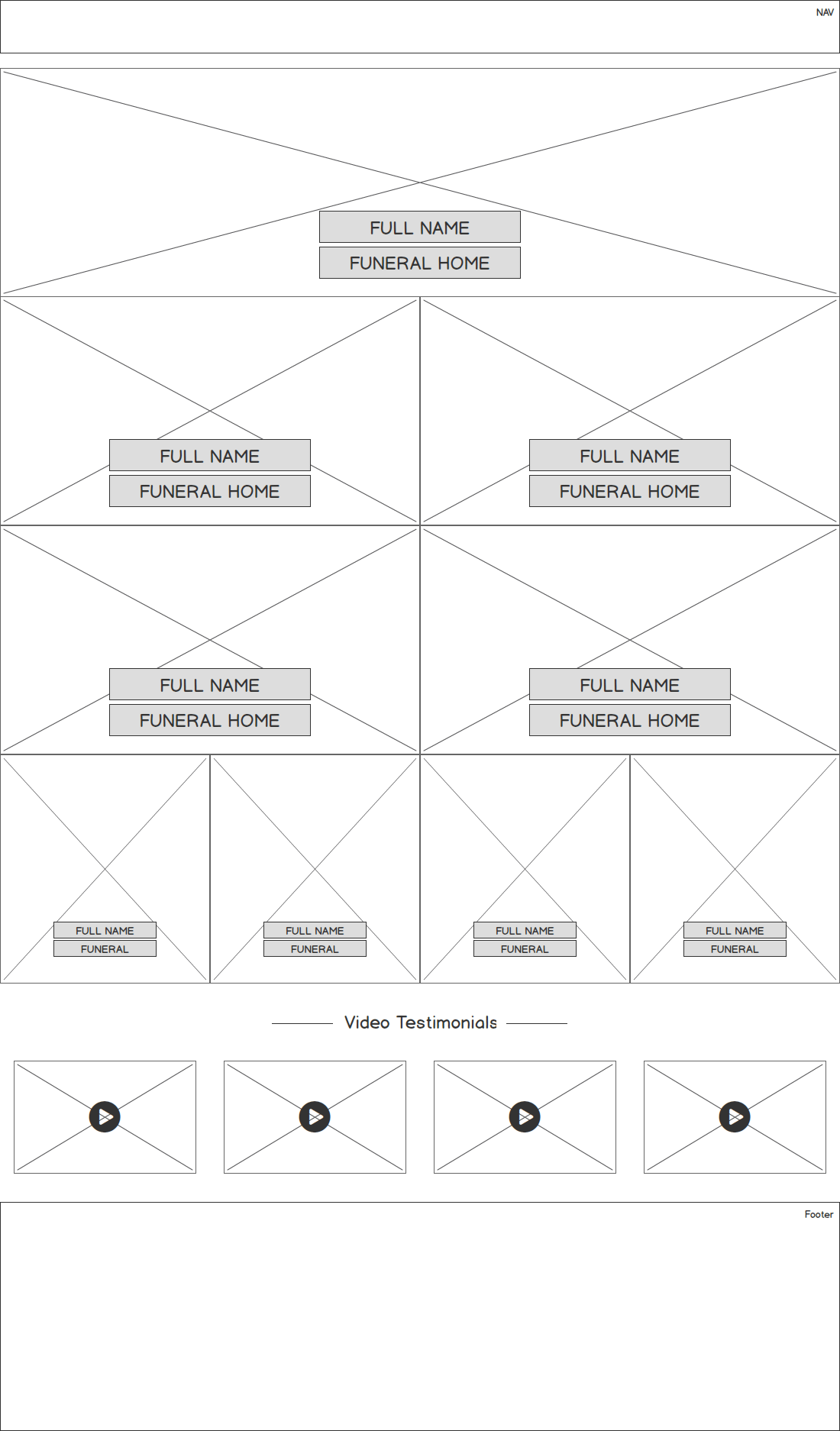 I have some good news, and some bad news

Those were the words that my boss gave me about two weeks into the project. Here is what he said, “Good news, we want you to lead the development of the site — bad news, I won’t be able to help you until about a week before deployment.”

While I was excited to have pretty much full control over the build, I knew this was a waterfall of work and I was excited for the challenge ahead. 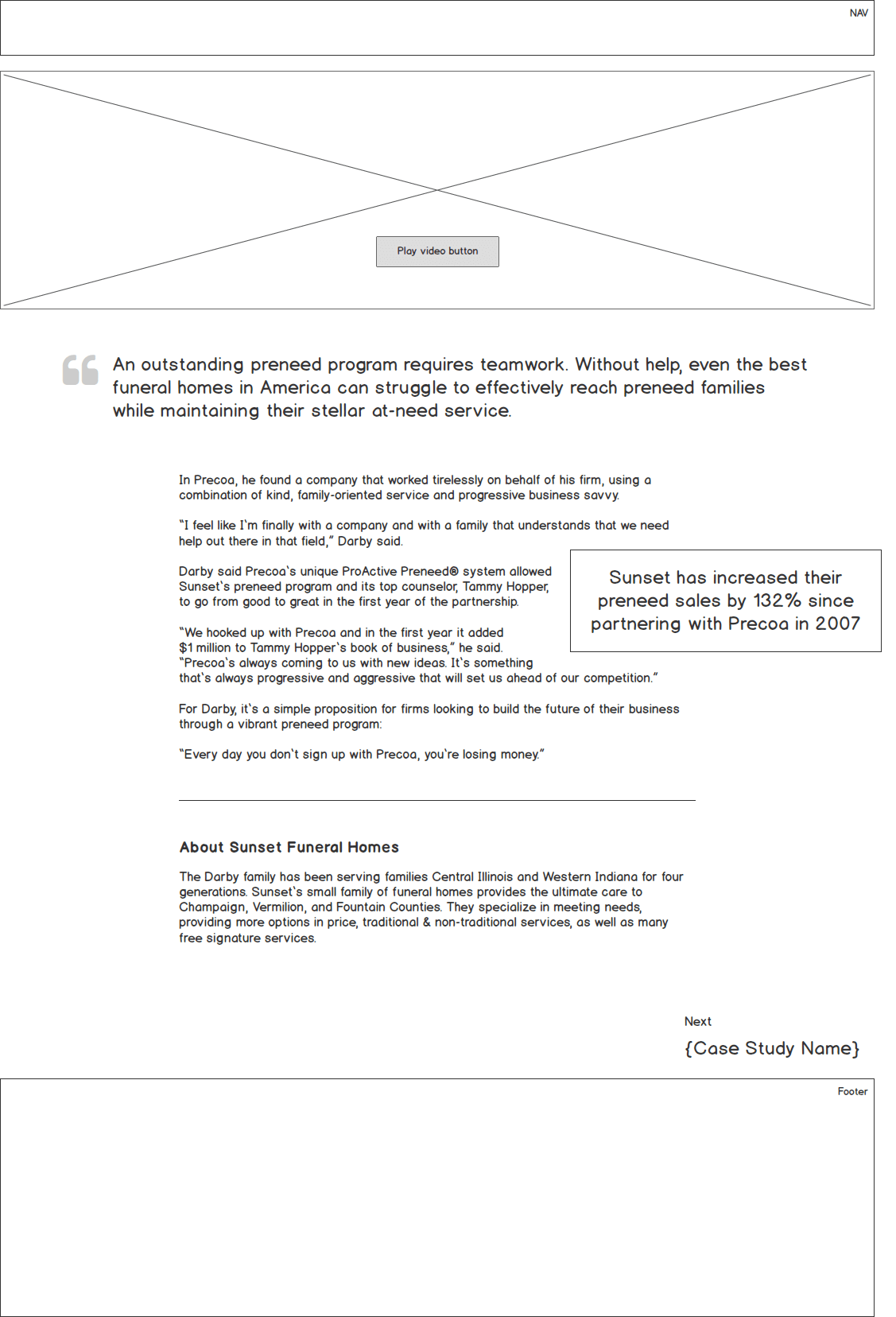 I started building the project using Zurb’s Foundation For Sites framework which gave me some pre-built styles to use for things like buttons, typography, and responsive layout. I highly customized the framework for our use, which saved me a great deal of time with the initial prototyping of the site. I also used GIT to keep track of my versions. GIT would later be used for code collaboration with my design manager and the developers on the project.

I then worked closely with our development team to integrate a PHP templating engine. I was pretty nervous when they told me I would have to use Laravel because I had never used it before. Also, now was not the best time to learn a new tool. Luckily for me, I picked up the basics of Laravel quickly and integration was relatively flawless on my end. 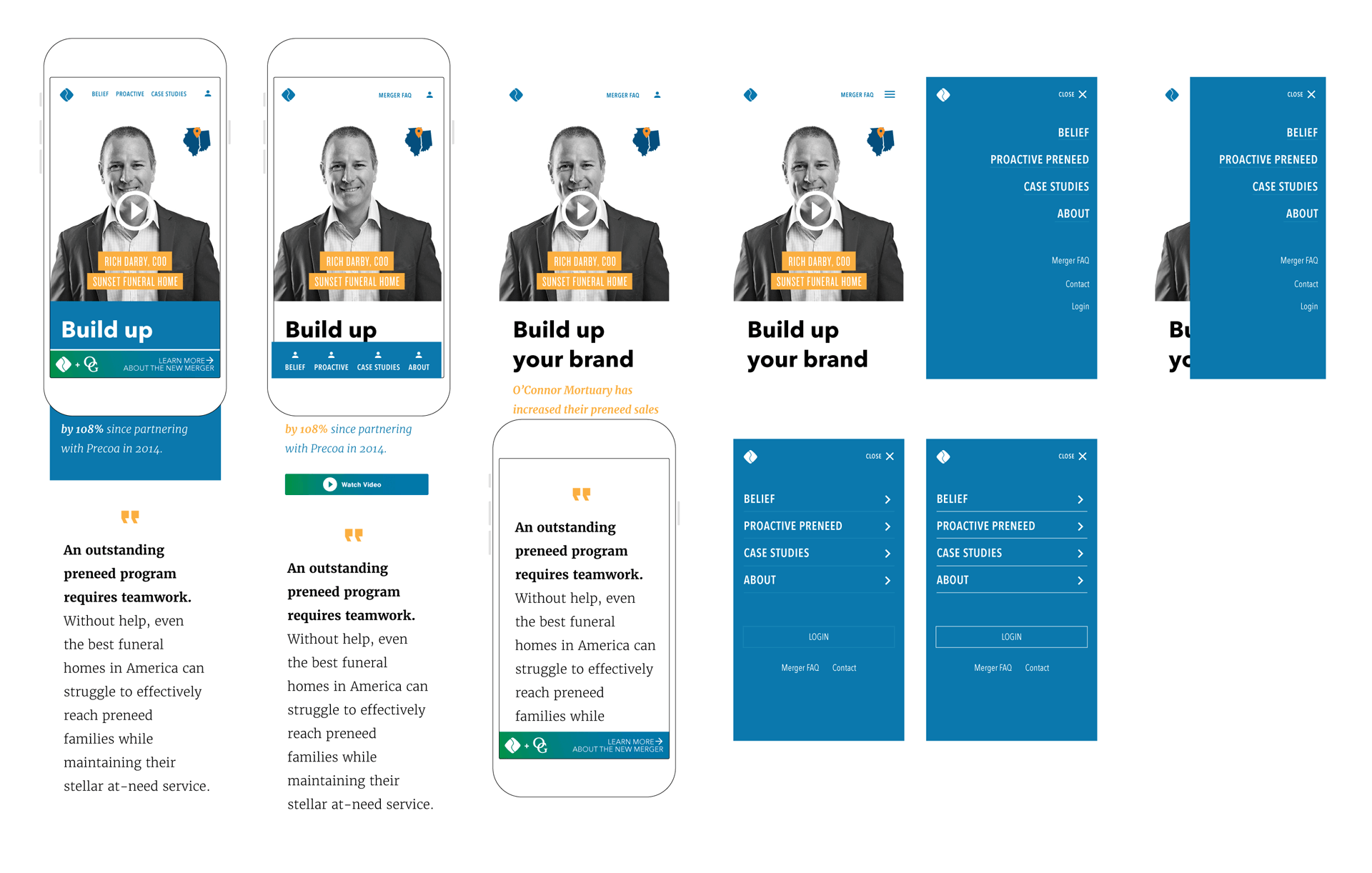 We spent the last three days before the launch closely examining our code and testing cross browser data that we had collected through Google Analytics. I had also started working on a set of email campaigns that would announce the merger to our partners, home/field employees, and the staff which we were acquiring.

For the most part, it was a well-choreographed dance to the finish line, working in conjunction with copywriters, developers, and stakeholders in the project.

On the last night before the launch, we all planned to stay late into the morning to make sure the launch was a success. A few small hiccups with getting final approval on a B2B video and some last minute copy changes were not enough to derail our completion. Needless to say, I slept well when I got home that morning. 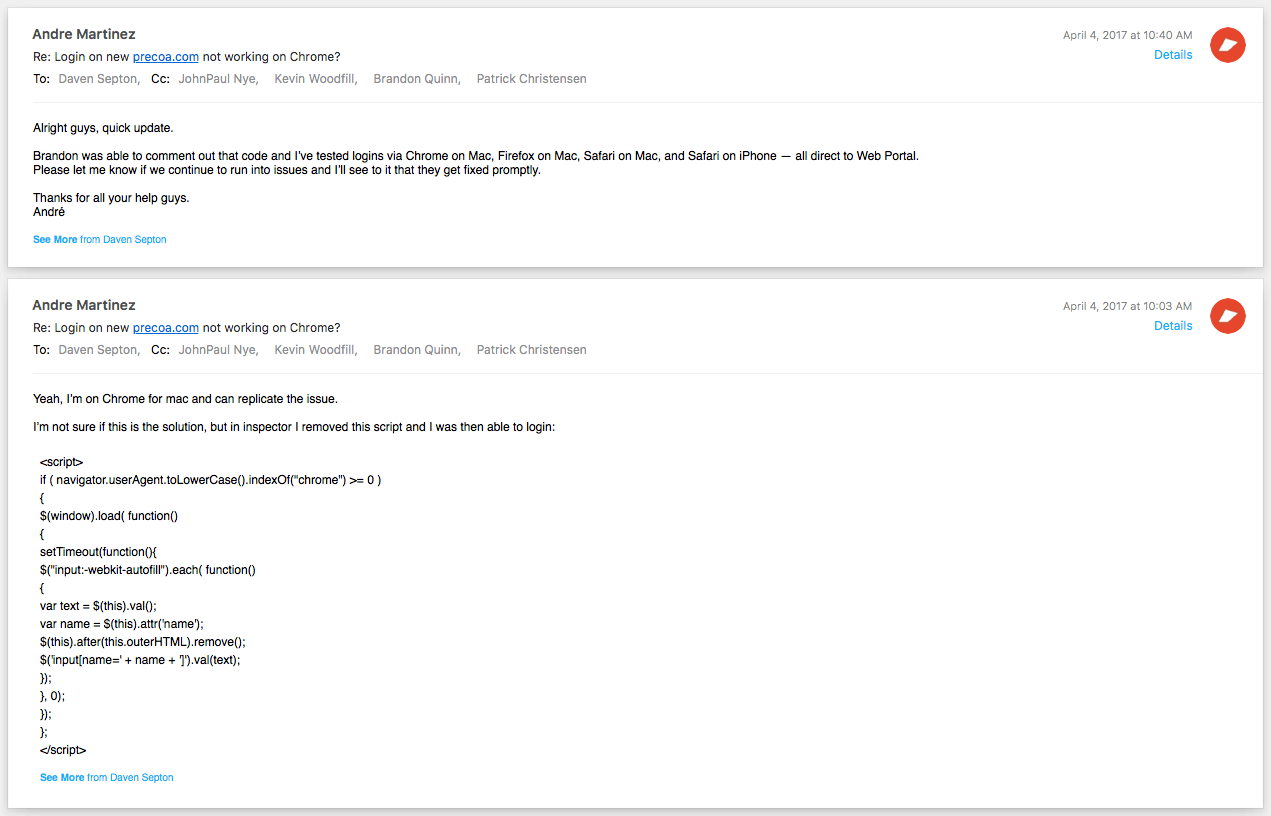 My phone woke me up that morning and it was go time again. Anyone who has ever released a new website or product launch knows that the job is never done. Some might say the real work begins at launch. Bugs and API hookup issues started coming in through various mediums. Since my boss was on a plane to Boston that morning, it was my job to make sure all of the praises, complaints, and updates of our launch were tasked and handled in proper time.

Even as I write this, we’re still making updates to the site and adding small usability tweaks. It was an intense couple of months, but in the end I learned how to create good work with a close-knit team under a pretty ambitious timeline. It’s that time that you spend in the trench with your fellow teammates where you learn to really appreciate each other.