Every year the Precoa marketing department coordinates a unique trip for our Million Dollar Producers. Previous years’ registration sites have required around the clock maintenance and resources. For 2015’s Live Aqua (Cancun) trip we decided to rebuild our registration platform to solve these issues.

Deliverables: Provide registrants with a more streamlined way to register for the Precoa Escapes trip. Better reporting for administrators on both financial and logistical data.

My role: Help design/build the new interface while working with the development team to hook up the front-end code. We collaborated on code versioning and project management using Git and Phabricator. 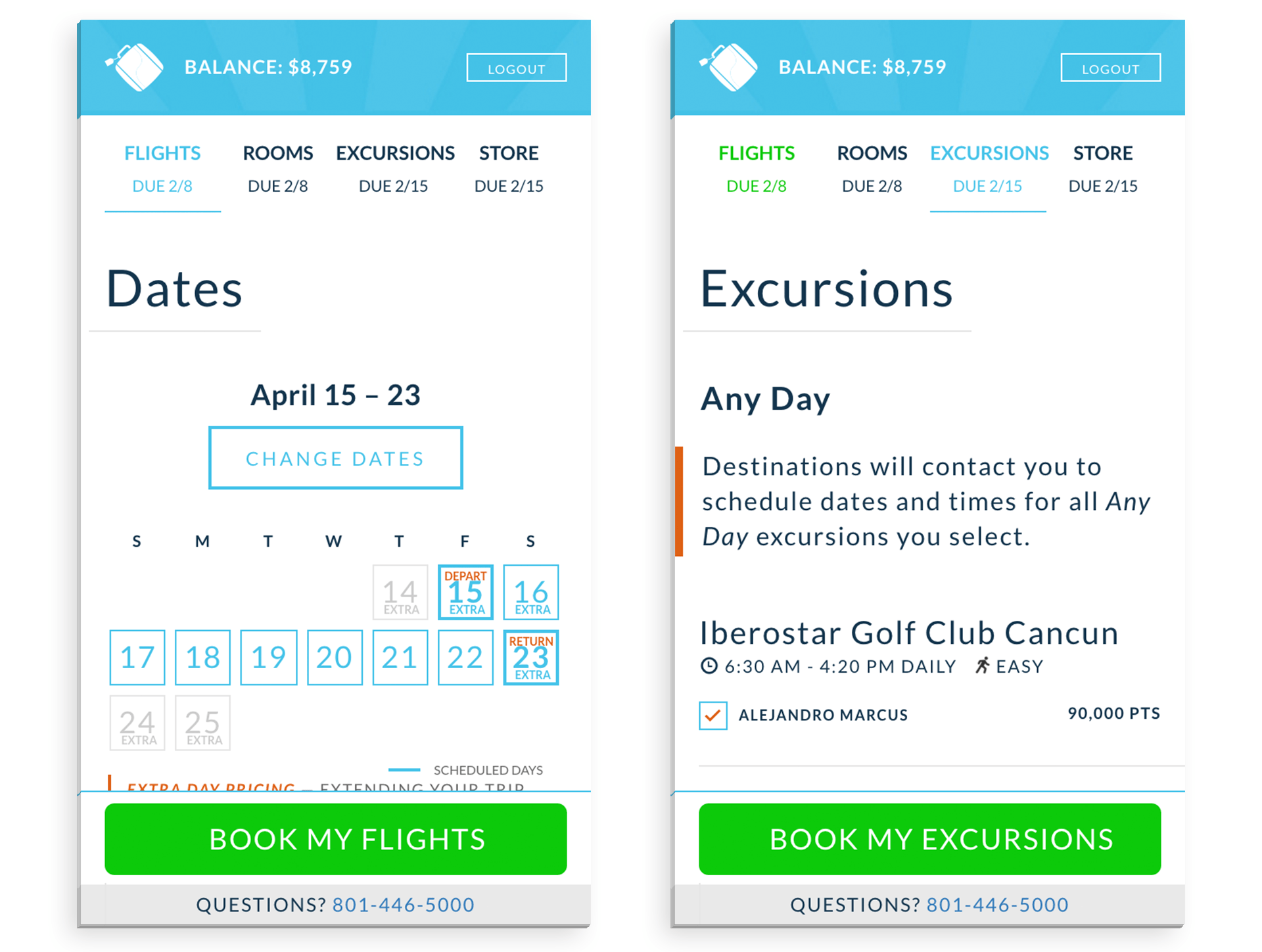 You have two weeks — speed it up

Ever been part of a project that doesn’t allocate enough time to meet a deadline? This was one of those projects. We implemented a couple of strategies to speed things along. The first was to use a custom Bootstrap build, designed for our company, to quickly prototype the site.

Instead of building out the site and then handing off the code to the development team, we were working alongside each other using the developer’s workflow processes and tools.

Probably the most important button on the website — we designed a three state booking button. It was my job to translate the states into functional prototype. View some of my inital code. 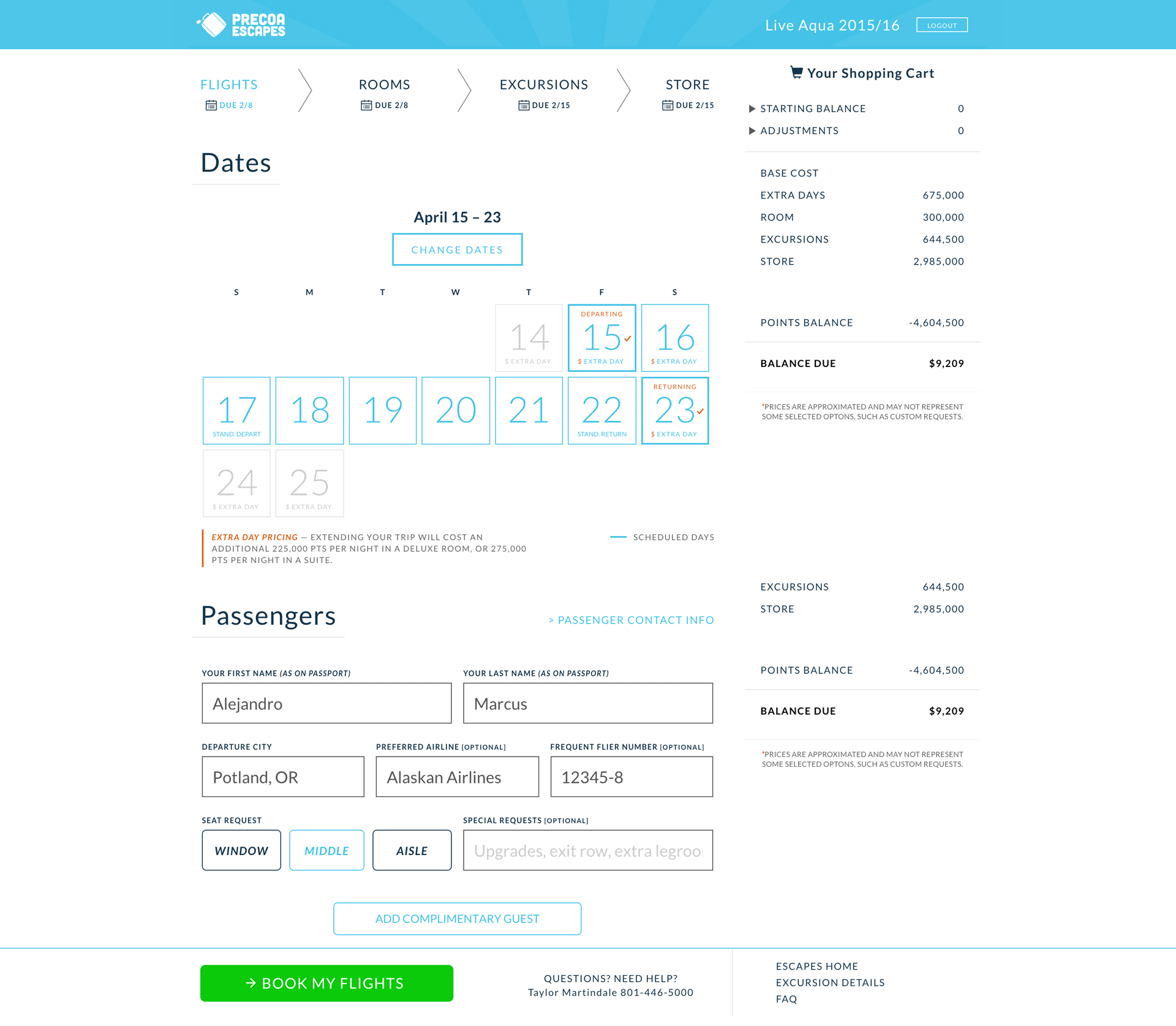 This was my first experience working with GIT in a production environment. Let’s just say the developers were more than patient with me and all of my merge conflicts along with my commits/pushes to the wrong branches — thanks guys. 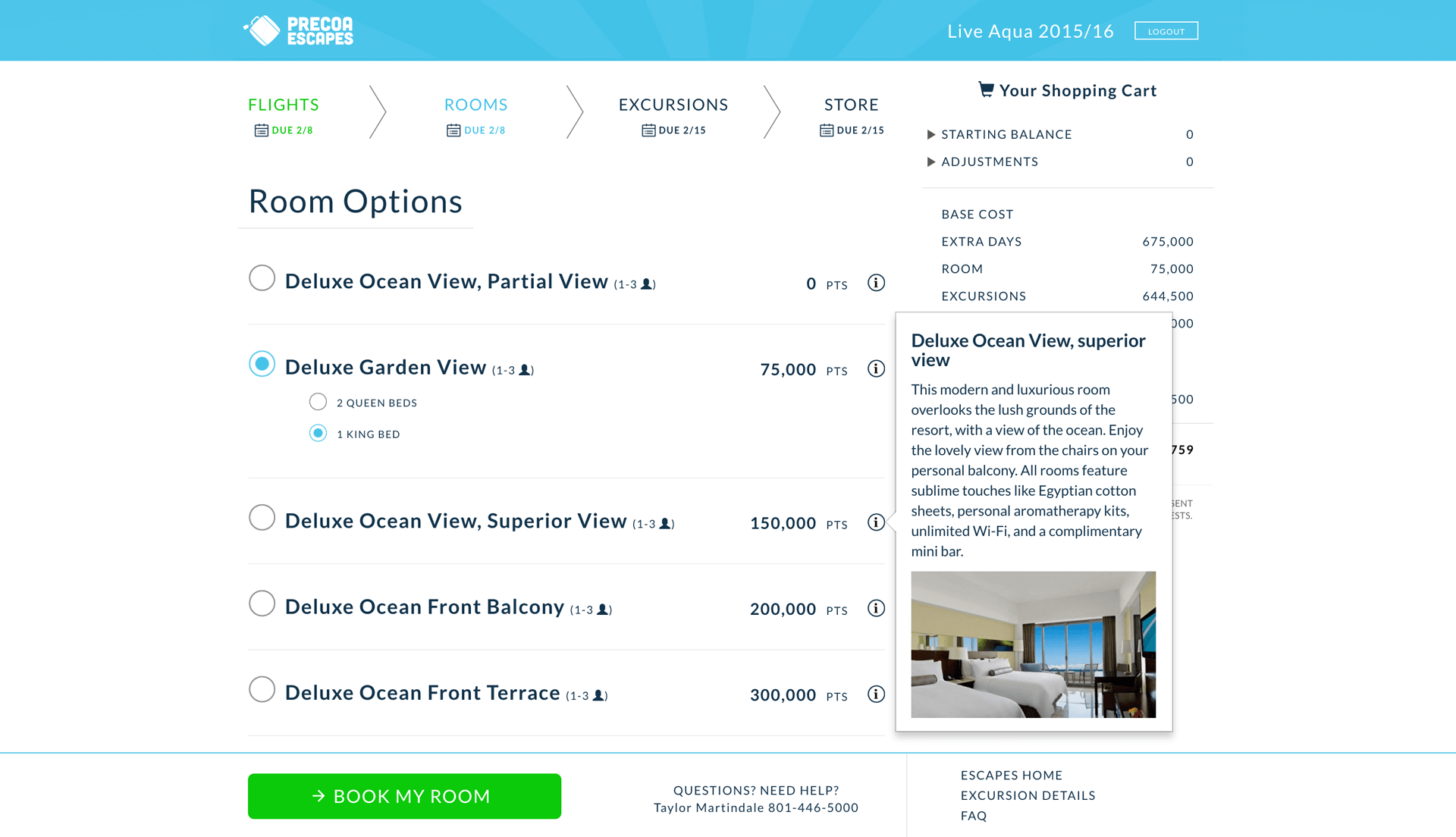 Get your approval party in the same room

While most of the design and build process was relatively painless for me, some of the back-end processes hadn't been finalized during our beta release presentation to the executives.

Long story short, our CEO, who hadn't been in those inital scope meetings wanted some added functionality before the site went live. That meant some late nights for some of the people on our team. 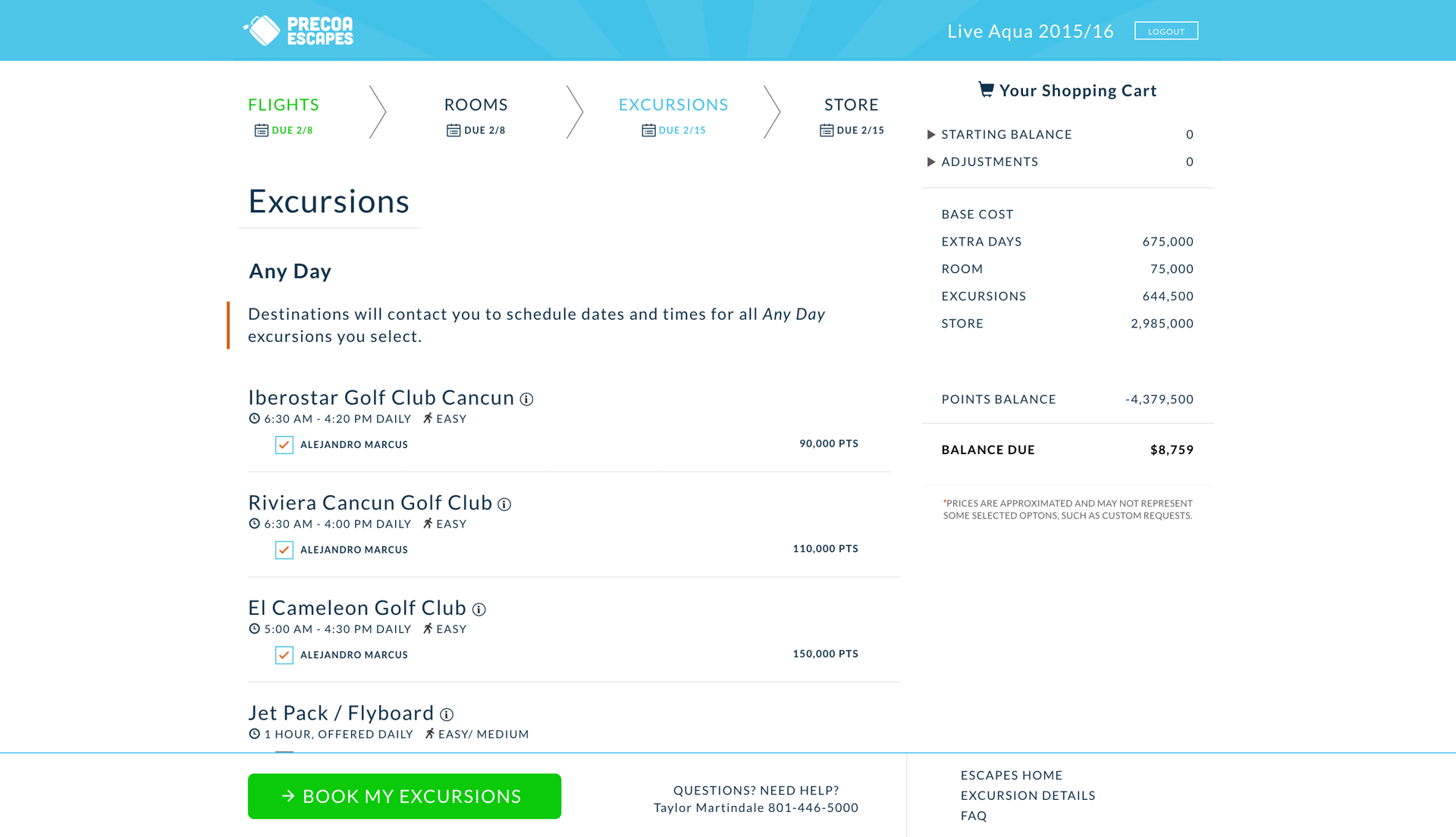 It can always be better

At the time of this writing it has been almost a year since we released this redesign. Looking back, I think we could have done a much better job at letting registrants know where they were in the booking process.

Seems as though the indicators in the navigation were a bit confusing in the feedback reports. I also think we could have made certain UI elements, like the excursion information tooltip links, look more like clickable buttons. 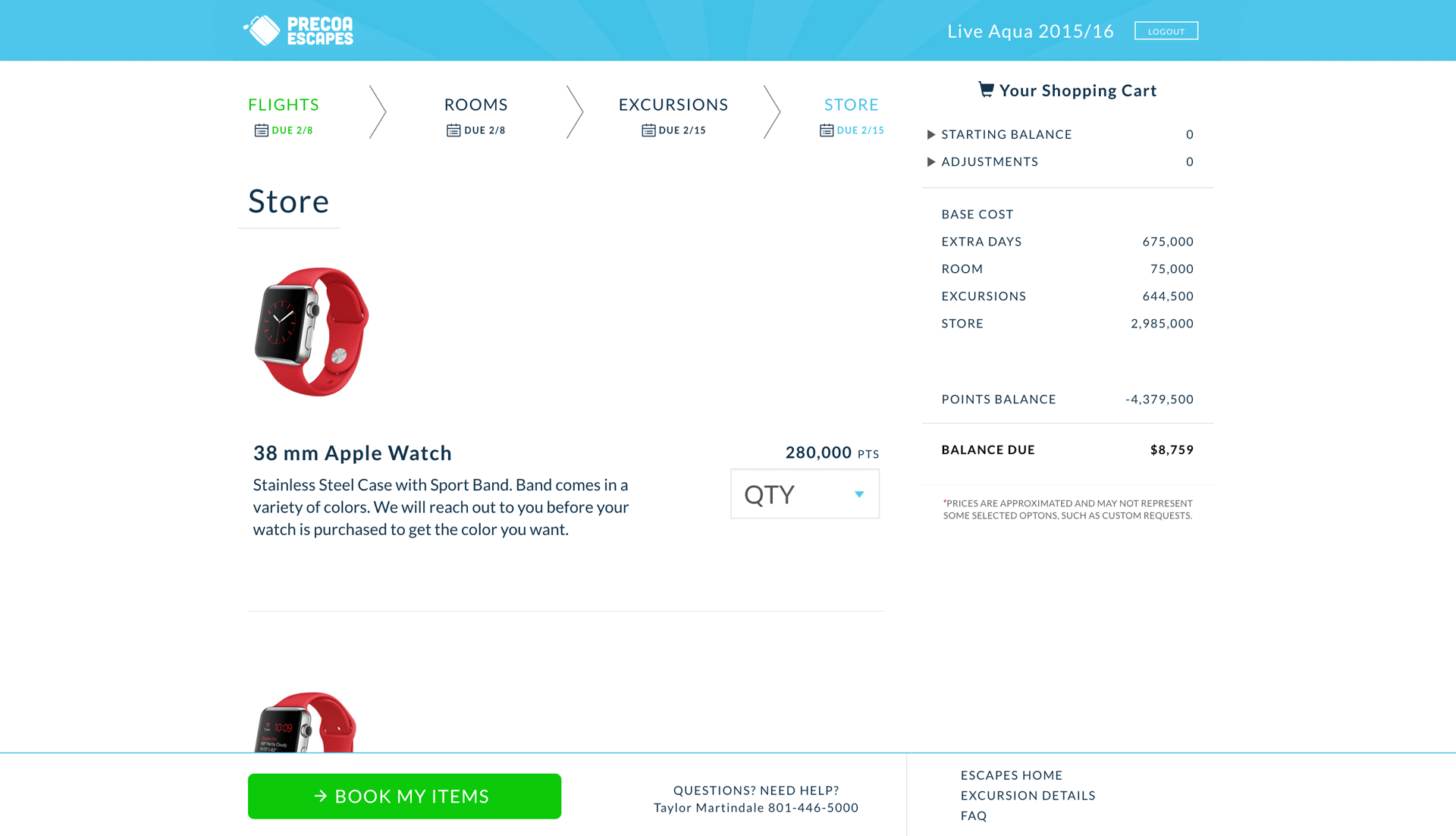